That NIB, CoCo 3 became the start of collecting some CoCo 2’s and some
CoCo 1’s and a Tano Dragon, as well as various “classic hardware” and
modern hardware for the CoCo family.

I have quite a few Apple ][s, Sinclair ZX-81s, Commodore’s and assorted
Support Hardware and Software as well as my CoCo’s.

I have been a “groupie” of ogStevieStrow since he went to CoCoFEST! #26,
and following his Interviews with L. Curtis Boyle and “famous people of
the CoCo’s Past”, I was attracted to his “volatile”, No-Nonsense Style,
that makes you want to “join in”.   When ogStevie asked for a group to
join him on a Skype Call, for a Weekly Live Stream counting down to
CoCoFEST! #27, I joined, even though I wasn’t able to attend that year.
I was on CoCoTALK! #001, and have been present on most shows since then.

I am Mark D. Overholser, “The Apple Guy” 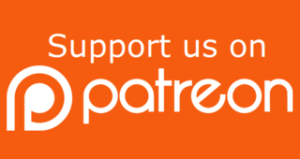